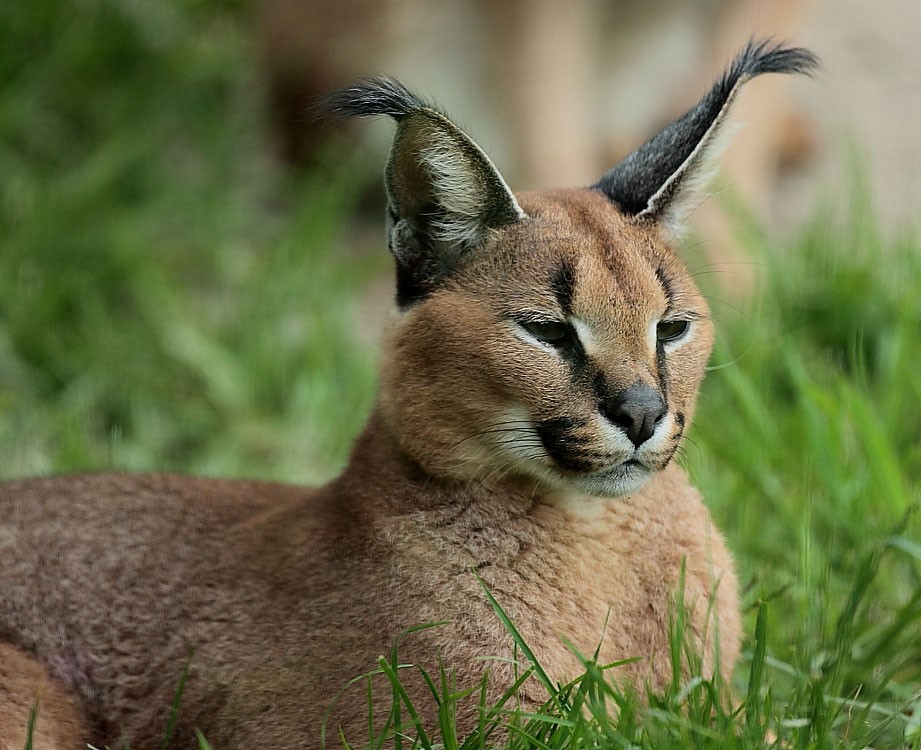 A solitary species that like most cats are usually only seen together for mating the female suckles and cares for the litter (1-6 kittens) with a gestation of about 75 days.

We have bred the once (a single kitten) in 2013 and the kitten has gone to the Wildlife Heritage Foundation in Kent. They are amazingly adept at catching wild birds (unintentionally from our design) and have to have a thorough worming routine to combat this problem! At the moment we just have an adult male who is waiting to be paired.

Semi-arid areas like deserts, savannah, (not the Sahara) throughout Africa, Arabia and central Asia. Usually mountainous with good vegetation cover and rocks.

This cat can “bat” large birds out of the sky with incredible leaps over 3 metres in height! Used by the Persians and the Indian nobility in the past to hunt and capture game birds for sport and food.

Tremendous speed, strength and agility gives this predator a chance to run down quick prey the same as a cheetah! It is adapted for the desert only needing moisture from its prey to survive