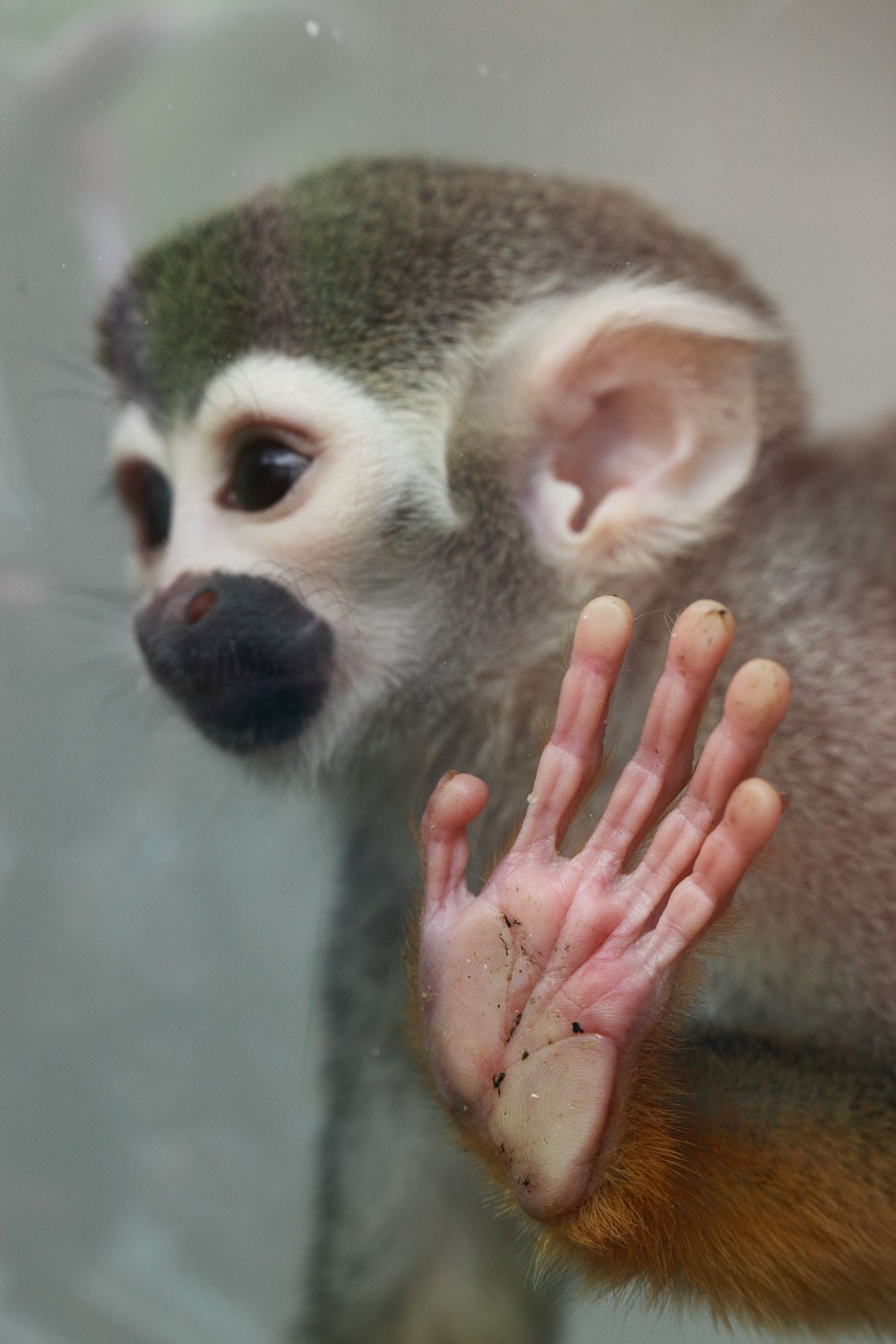 These monkeys will spend 75-80% of their day foraging for fruit, insects and small mammals. During the dry season when fruiting trees are primarily bare they are able to entirely depend on animal prey

We have a colony of 10 individuals as of 2018 but this is the first year they have not bred which we suspect is due to the old age of the breeding male. Should we wish to breed again we may have to introduce a new male that will inevitably cause us to exhibit an all-male group as the younger males become excluded!

Squirrel monkeys have a large range from Ecuador and Colombia through to Guyana and Brazil. They occupy many different types of forest depending on the season and when food is available.

Squirrel monkey groups can consist of up to 100 animals which are combined from different troops during the fruiting rainforest season! As a keeper they are extremely difficult to keep clean as they urinate and cover their hands and feet in faecal matter to scent mark their territory and tell others where they are and have been!

Both sexes form a single, linear hierarchy within the group, but most males are still dominant over females. Only males form coalitions and can be aggressive to each other especially when there is competition for fruit in small, dense patches.