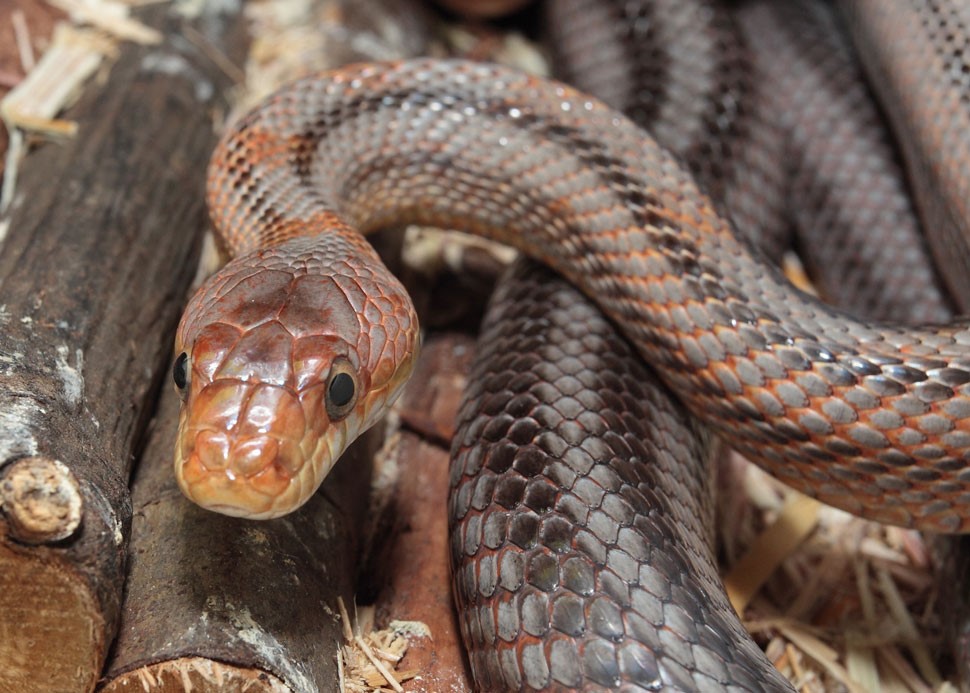 Thee wild diet for biard's rat snakes surprisingly enough is rodents. Like most snakes they are opportunists and will take young lizards, birds and other small mammals (including bats). At the zoo we feed a selection of dead rodents.

Rat snakes are oviparous, laying an ungaurded clutch of about 10 eggs annually that take about 3 months to hatch. Hatchlings are about 30cms in size.

Our male baird's ratsnake is often used for the encounter sessions we do with the snakes daily at 2.00pm every summer's day. He is a good tempered gentle snake probably at least 4 generations bred down from the wild. He was donated to the zoo as an unwanted pet.

The wild habitat for this species is semi-arid and rocky mountainous areas in Texas and northern Mexico. It is extremely elsive and very diffcult to see in the wild. It inhabits the cretaceous limestone canyon and Trans-Pecos desert areas of woodland.

A harmless snake with no venom, baird's rat snakes are reknown for their placid temperment in captivity.