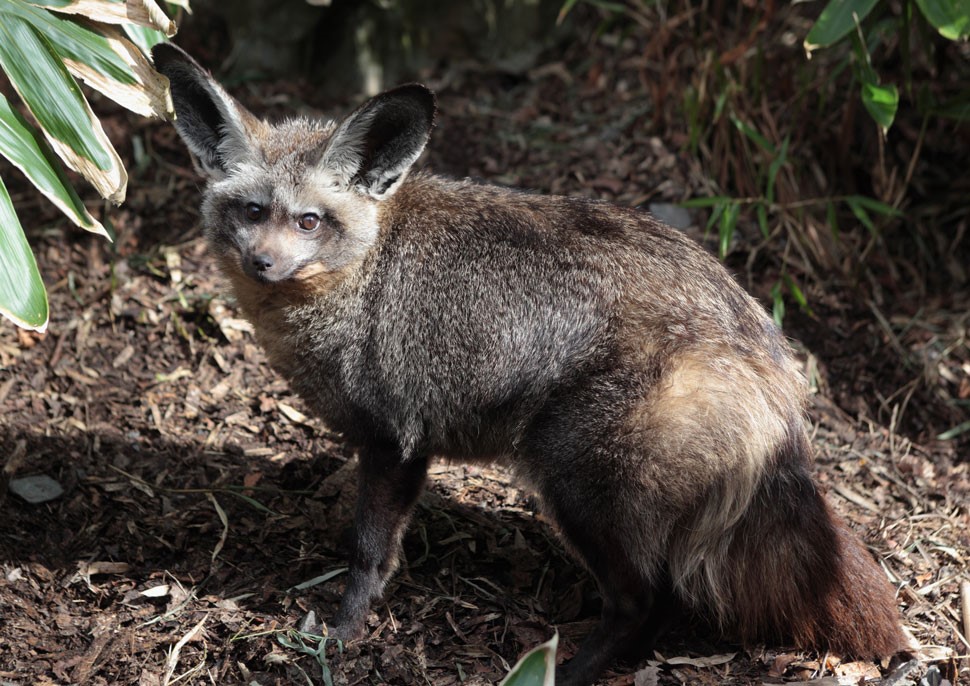 Small invertebrates such as ants and termites and other insects as well as any carrion or small vertebrates like lizards.

1-5 cubs, gestation 8 weeks, with the male staying close to female during breeding season (den protection while the female is finding food for milk production).

The zoo exhibits two elderly brothers that were bred at Twycross zoo in April 2005. Only a small genetic breeding stock exists in zoos and an unrelated female has never been available for these brothers in the UK.

South Africa (Namibia & Botswana) savannah where large ungulates such as gnu have trampled and eaten down the grass.

Distinctive large (15cms in size) bat wing shaped ears make this species very sensitive to noise. Often found in the wild on recently burnt areas of grass which exposes their food. The teeth of this fox are much smaller than other dogs due to their diet and they can open and close their mouths at least 5 times a second due to a special digastric muscle in the jaw!

Night time forager, usually alone unless swarms of insects occur. Lion. Leopard, cheetah, hyena and wild dog can predate this fox as well as jackals and the martial eagle predating their pups!