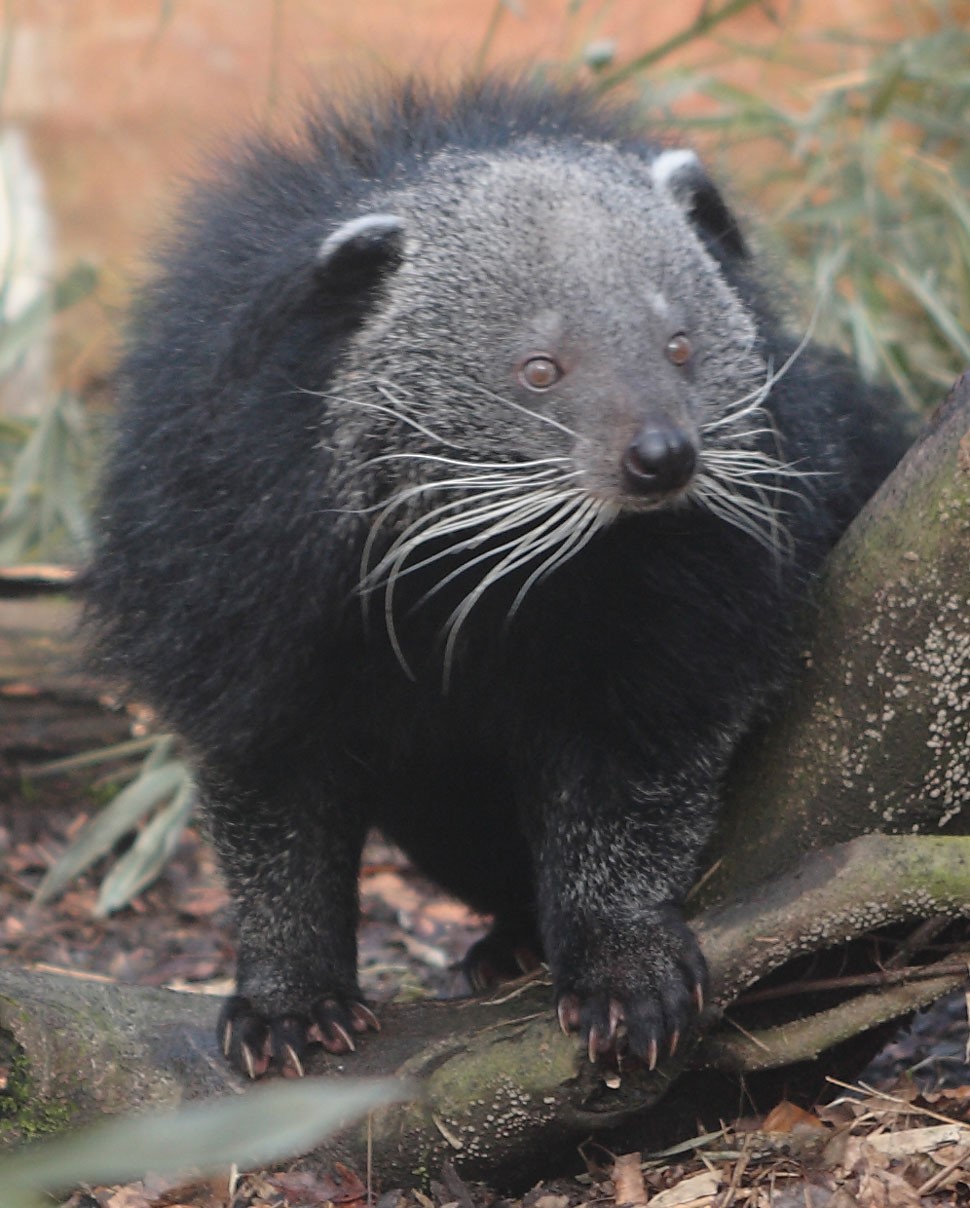 Typical omnivores (predominantly vegetable matter) eating anything they find while climbing through the tree canopy such as birds, amphibians, reptiles, insects, fruits, seeds and even small mammals! They love figs!

Usually annually, usually 1 or 2 young, a gestation of 91 days, an oestrus period of 81 days and a fertility lifespan for the females of up to 15 years.

Nine sub species are recognised and this pair are one of only two pairs released by the Cambodian government into captive breeding. They are significantly different to the other sub species and probably await exact classification. We are still trying to get our binturong to breed!

Very un-common in the tall forests of South-east Asia

The biggest Viverridae (civet) alive today (the same size as a sheep)! The odour glands on the binturong have a glorious smell similar to “popcorn”! Females practice “embryonic diapause”! They can delay implantation to allow for the births to occur during the summer season!

Solitary, arboreal, territorial, slow and deliberate climbers active during both day and night when not hunted.