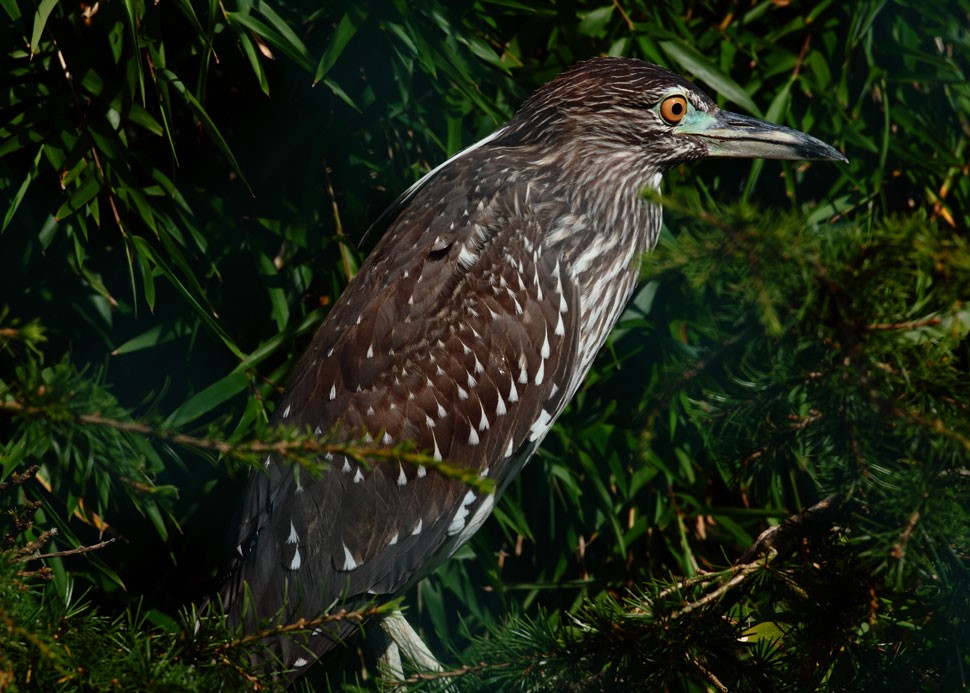 Small fish, crustaceans, frogs, aquatic insects, mammals and small birds. This like other herons is an opportunistic feeder

Colony nester where 3 – 5 greenish eggs are laid in a typical heronry on stick platforms in groups of trees or protected reed beds!

Our colony of black crowned night herons consistently breed each year. The chicks as they grow are a camouflaged brown but have the most delightful” quiff which they throw about when squabbling amongst themselves! From May onwards the young chicks in the nest can be heard calling for food from their parents in the bottom half of the zoo (enclosure 32)!

Virtually all wetlands in the Tropics and warmer temperate climates.

The Latin Nycticorax means night raven (referring to its harsh “crow-like” call often head at night)! During breeding adult birds develop 2 or 3 long white head plume feathers. In the USA the northern most birds migrate for summer breeding returning to Mexico to over-winter. Most of the Northern European birds are sedentary.