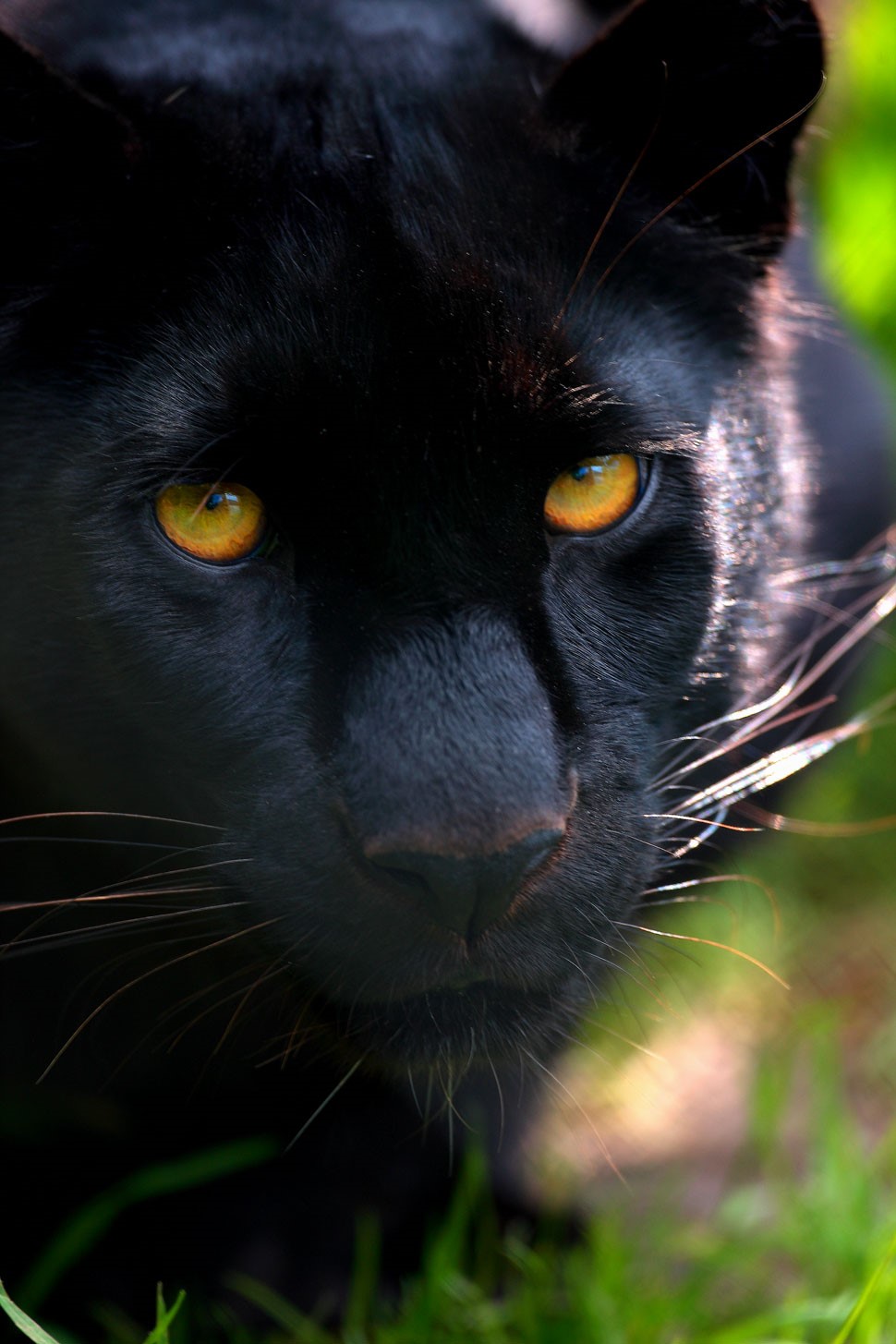 In their natural habitat they prefer prey items from 10 to 40 kgs in weight. This type of prey tends to live in dense habitat and small herds (impala, duiker, gazelle, bushbuck, warthog, sitatunga, lechwe in Africa, muntjac, chital, sambar and wild boar in Asia). Depending on if larger carnivores are absent they can kill by suffocation animals up to 500kgs such as immature giraffe or eland. If prey becomes scarce or the vegetation recedes or changes they are just as content to hunt rats and smaller primates!

Melanistic leopards occur predominantly in the Malay Peninsula. Specifically In the narrow straight joining Myanmar and Thailand. This is the dominant colour form in that area despite being a recessive gene elsewhere! They have occured elswhere in the past and occur in 5 of the 9 the leopard races but they are rare and confined to populations in moist tropical forest. Unfortunately the black leopards in captivity have an unknown history so no breeding programmes can ever be considered. Leopards can breed all year round, with an oestrus cycle of 46 days they are receptive for 6-7 days of this. Gestation is about 95 days and birth usually takes place in a cave, crevice among boulders, hollow tree, or thicket to make a den. Cubs are born with closed eyes, which open four to nine days after birth and then remain with their mother until weaned at about 12 - 18 months.

We have the only pair of melanistic or black leopards in the UK. There are probably less than 20 individuals remaining within Europe today as the space within zoos is given to the threatened races of leopard such as the Amur or Persian leopard. Zoysa our big male (65 kgs) was hand reared and "Ebony" our female (weighing only about 40 kgs) have been togethe since 2009. Unfortunately no successful breeding has occured. We do a timed daily feed session at 4.00pm in the summer at their enclosure and engage everybody with a mix of leopard fact and Exmoor beast stories!

Leopards have the largest distribution of all big cats from sub-Sahara Africa to eastern and southern Asia. They can survive in virtually any habitat that suitable prey can be found including urban areas of India like Mumbai where they live on feral pigs and dogs. However, they are reknown for living in rainforest and savanna! Typical extremes would be the Amur leopards in far east Russia whicjh survive at -25C in temperate forests, the sub-Saharan African leopards of Senegal that endure the semi arid areas of the Sahara desert or the Asian black leopards of the dense humid jungles of the Malay Peninsula.

Sightings of black leopards have been consistently seen in and around Exmoor in the UK since the introduction of the Dangerous Wild Aninal Act in 1976! The most recent sighting in the Quantock hills in Somerset: The Exmoor Beast (http://www.dailymail.co.uk/news/article-4415922/Panther-like-beast-spotted-Crowcombe-Park-Gate.html). A recent BBC radio 4 podcast about the "Exmoor Beast": Leopard (https://www.bbc.co.uk/programmes/b09dxz1j0) and a link to "Big Cat" conversations in the UK: https://bigcatconversations.com/. Man eating leoards have been famous in the past and a famous conservationist Jim Corbett is remembered for killing the "Panar leopard" and the "leopard of Rudraprayag" which between them killed over 500 people!.

Solitary and territorial except when breeding or with cubs. The size of their territory depends on the density of prey, other large carnivores and whether they live on the African or Asian continent, male or female or if they are near people. They can be as little as a kilometre apart with related females in Kruger National Park or males can have territories stretching over 175 square miles in Namibia! Male territories overlap females and may encompass two or three diferent females that they gaurd against other males by scent marking and patrolling. They are very adaptable and are active when it best suits the prey they are hunting. Usually this means they are nocturnal but not necessarily so and their speed over 56km/h along with their strength and agility enables them to be very flexible and cache their prey particulary up trees away from other predators.