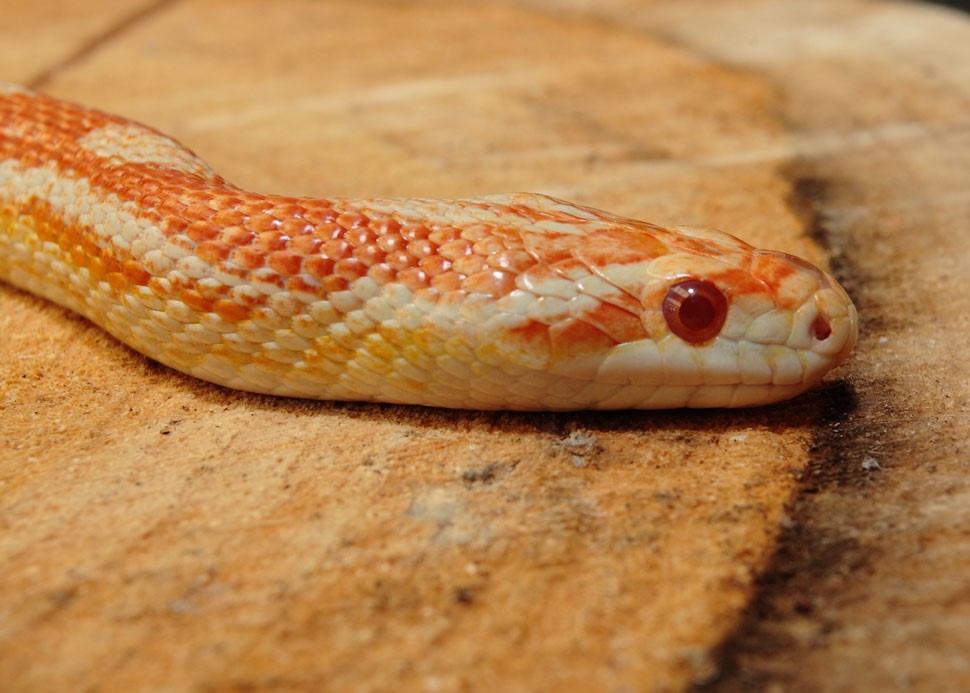 Corn snakes are actually small rat snakes at least as far as scientist can determine and eat smaller rodents than their bigger cousins. they will take bird eggs and can add smaller amphibians to their diet

Corn snakes breed after the winter cooling and after emerging from brumation. Eggs are laid in a clutch in a warm, moist and secure position and incubate for about 10 weeks. Hatchlings emerge with their egg tooth at about 12cms in length.

We have eight individuals of both sexes at the zoo. This includes a number of colour morphs on exhibit. they are all ex-pets and the majority are used for the encounter session with snakes but some have been allowed to breed.

Wild corn snakes prefer habitats such as overgrown fields, forest openings, trees, abandoned or seldom-used buildings and farms. Typically, these snakes remain on the ground (terrestial) but can climb trees, cliffs and other elevated surfaces. They can be found in the southeastern United States ranging from New Jersey to the Florida Keys and as far west as Utah

This is possibly the most commonly bred and kept pet snake in Europe and the USA. They are being bred in captivity in over thirty different colour morphs and patterns. Scientists beleive that corn snakes were initially venomous but lost this ability as they became better at constriction.

In colder regions, corn snakes brumate during winter but in the more temperate climate along the coast they shelter in rock crevices and logs during cold weather, and come out on warm days to soak up the heat of the sun.