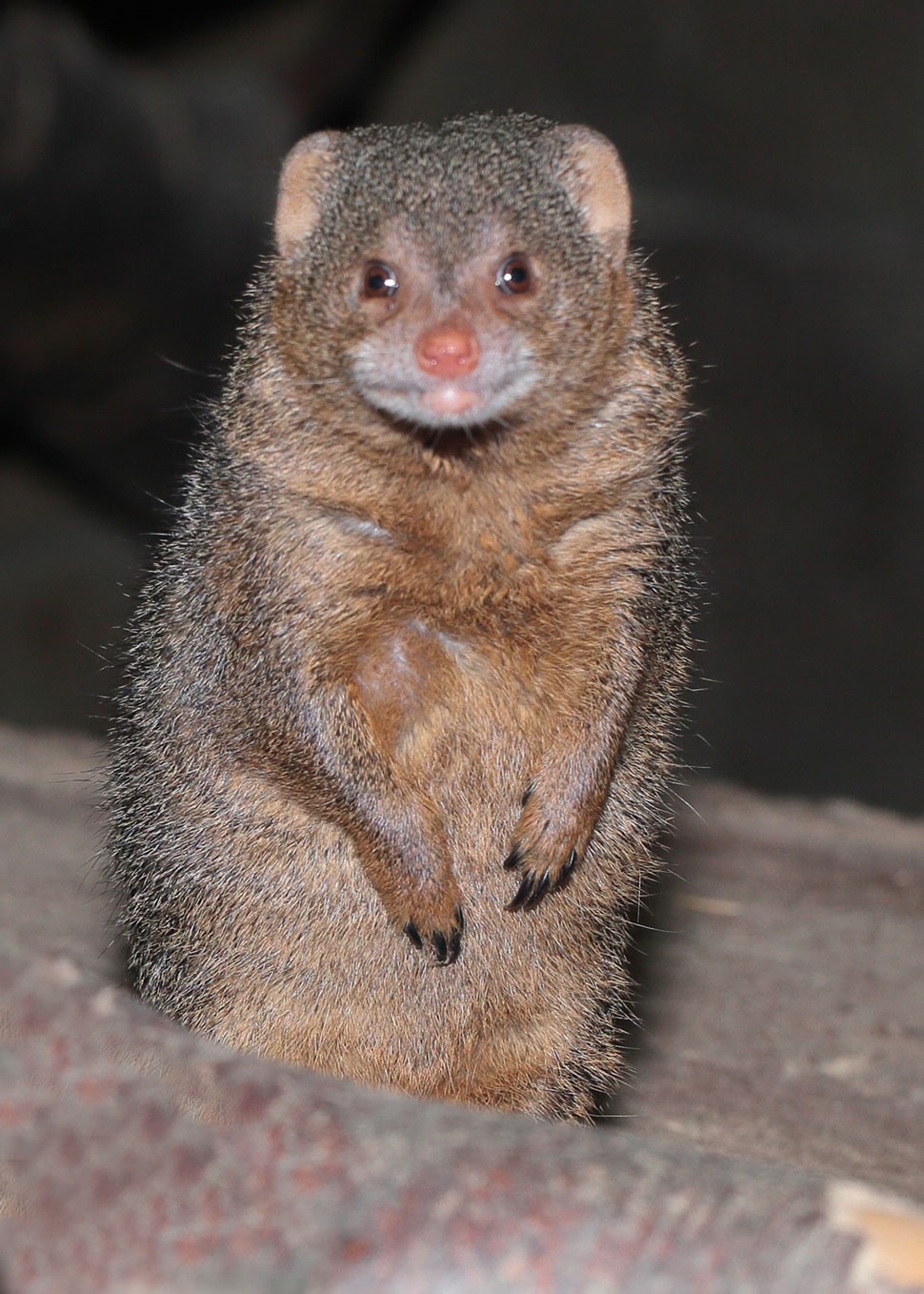 Insects are most commonly eaten however they will eat small mammals, eggs and fruit occasionally.

The dominant female of the group often has three litters a year, usually between November and May. The average litter size is four and the young forage with the rest of the group at around six months old. They are not ready to mate until about three years old.

We have two very elderly and sedate individuals who spend most of their time curled up asleep under their heat lamps in their environment (much like an elderly human in his favourite armchair in the warm). They come to life for their insect treats but soon retire to bliss of warmth and sleep!

The smallest species of the mongoose family. Africa’s smallest carnivore! Quick, curious and intelligent this species often seeks out hornbills to mutually feed and guard during the day!