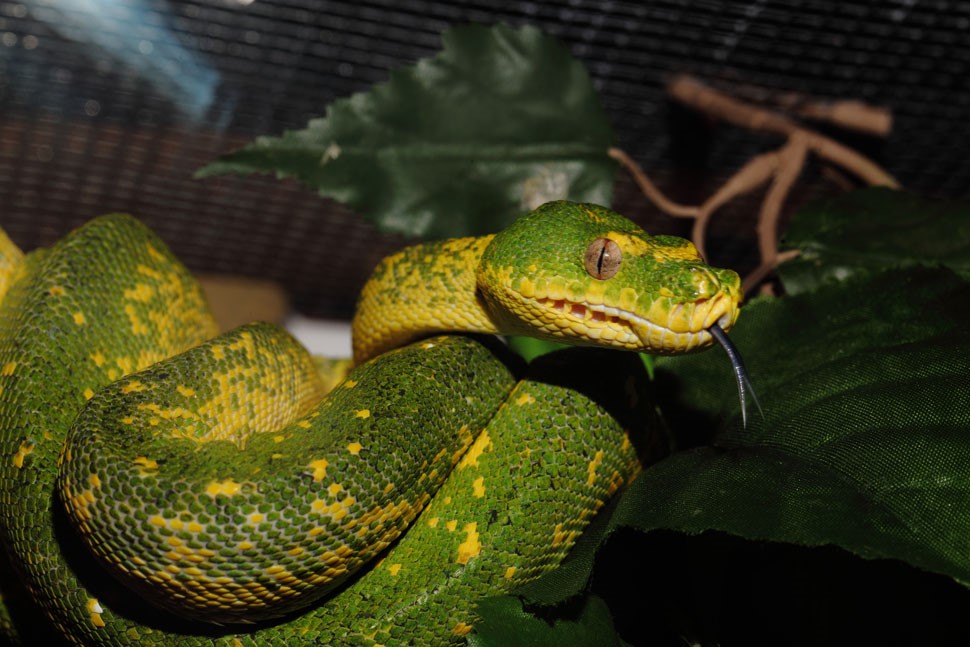 The wild diet consists mostly of small mammals, such as rodents, and sometimes reptiles, such as geckos and skinks.

As a typical python this snake lays about 25 eggs in a clutch which are protected and incubated by the female.

Our female green tree python despite her camouflage colours is easily found within her exhibit in the tropical house because she likes to coil up on full view on a branch.

The green tree python is a snake of Indonesia and Western New Guinea.

The teeth on this python are like sharp needles. Young can be born yellow or even red but as they mature they revert to their beautiful green and yellow spot patterning.

Primarily arboreal, these snakes have a particular way of resting in the branches of trees; they loop a coil or two over the branches in a saddle position and place their head in the middle. Prey is captured by holding onto a branch using the prehensile tail and striking out from an S-shaped position and constricting the prey. They also wrap around the base of small tree trunks, facing down in an ambush position, waiting for ground mammals to prey upon.