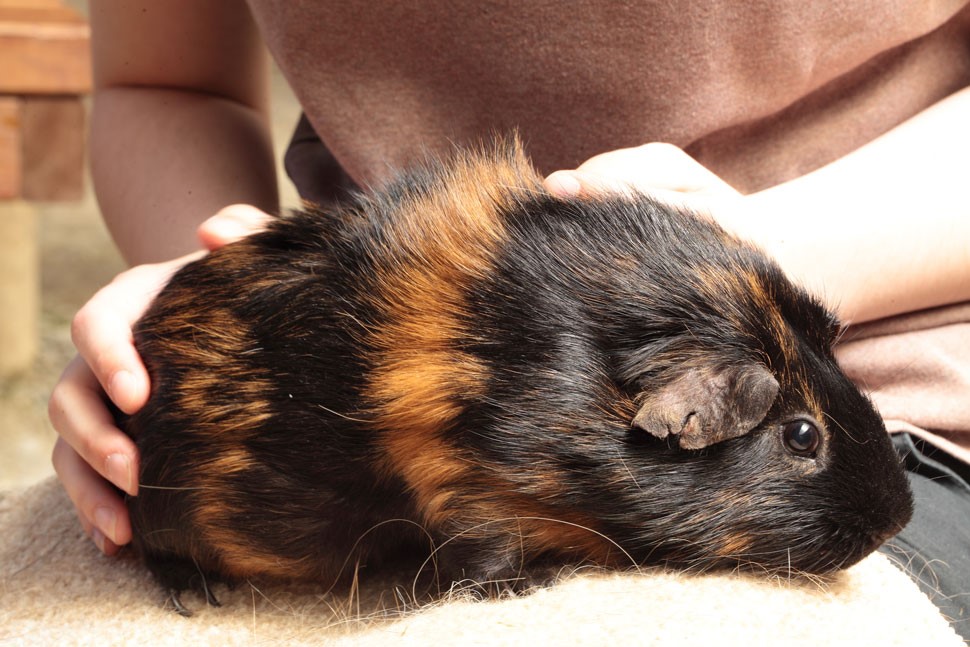 Up to 5 litters (2-5 per litter) a year are possible from a sow as gestation averages at about 65 days. Precocial babies (mini versions of their parents) mean that with various lactating sows including their mother they can become independent very quickly.

We use our guinea pigs for our handling and close encounter sessions. As this is often a chosen pet, it enables us to engage the younger generations who visit the school and would like to come into contact with animals!

Surprisingly in the wilds of the Andes other species of “cavies” occupy the mountainous niche the same as highland cattle!

Most likely the domesticated form of the wild Peruvian Andean mountain guinea pig Cavia tschudii (from about 5,000 BC). Introduced to Europe by traders in the 16th century they were kept as a household pet. Used in science in the past (18th & 19th centuries) as model organisms they gained their epithet “guinea pig”. Peruvians eat on average 65million guinea pigs a year. In their language the meat is sold and cooked as “cuy"

Guinea pigs are sociable living in groups (herds) and constantly talk to each other.