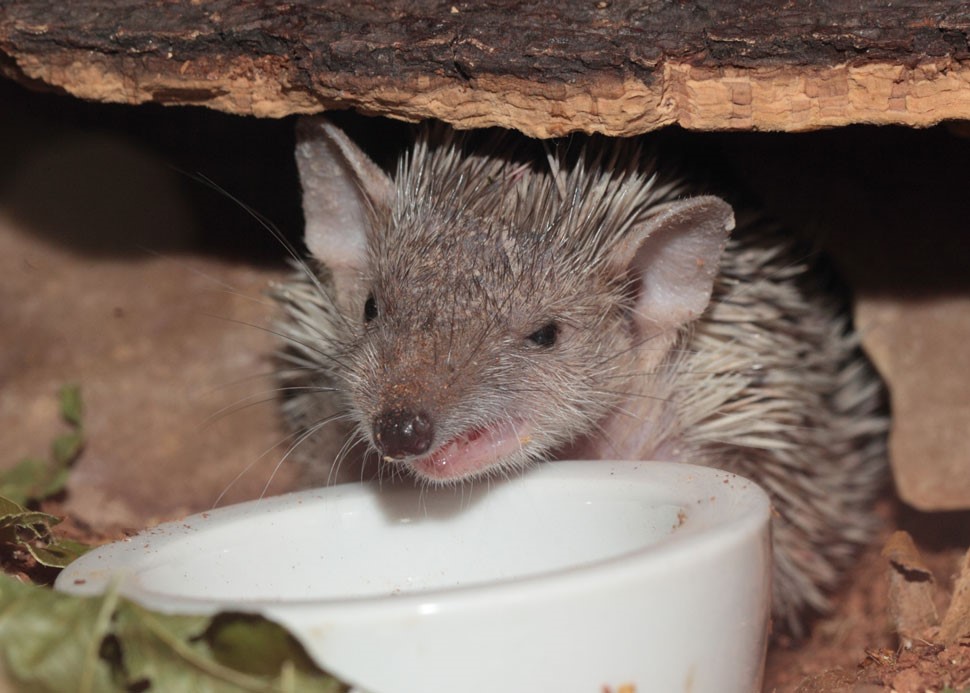 They forage alone unless a mother has young, feeding mainly on insects and sometimes small vertebrates.

Generally they will only have one litter a year though if conditions in their habitat are good they may have a second. The female will stay close to the young even after they have been weaned. They will have litters of between 4-7.

We have two female tenrecs living in our education department. Talula and Poppy join the education team on their outreach programs including school visits and birthday parties.

This species is endemic to south and south-western Madagascar ranging from the dry deciduous forest areas in the west and the xerophytic spiny forest of southern Madagascar.

Scientists now think that the lesser hedgehog tenrec is really the cousin of elephants, aardvarks, and manatees and is not closely related to hedgehogs at all!

This is a nocturnal species who rests under logs or in tree hollows. In winter it will enter a state of torpor, which means its activity is decreased enabling them to better survive during reduced food availability. They can raise their spines if threatened but the musculature for doing so is far less specialized than that of the hedgehog