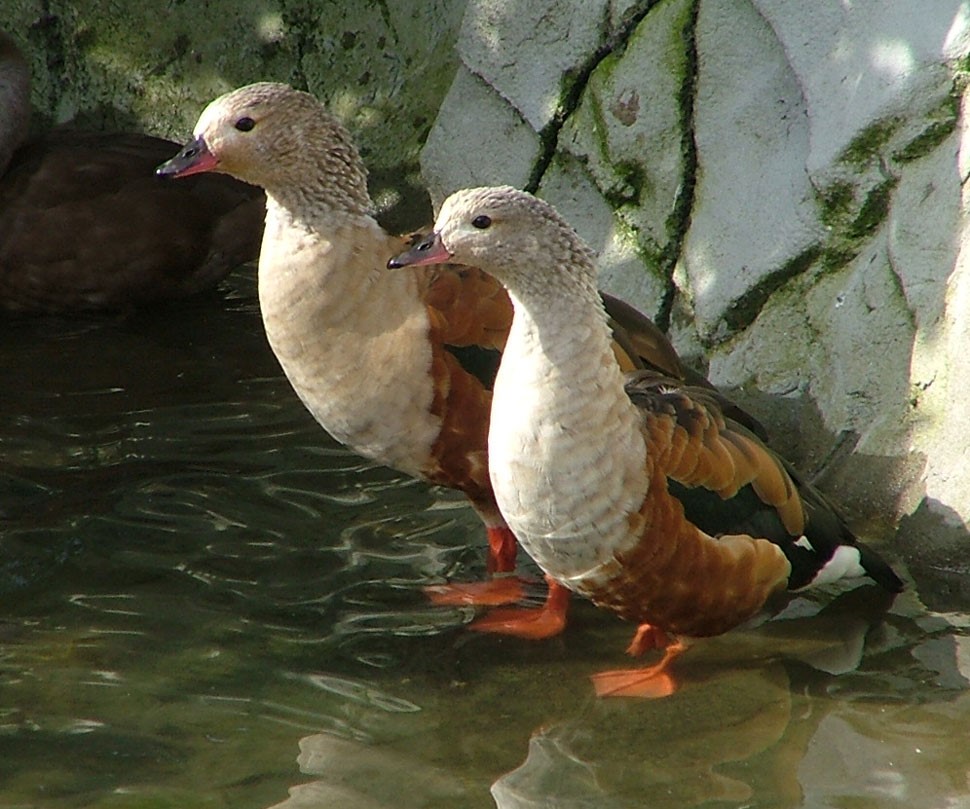 This is an herbivorous goose that feeds by grazing on grasses around lakesides and rivers usually during the day. They have also been observed eating algae in the margins of water bodies.

A cavity hole in a tree is needed for breeding about 30cm diameter and pairs often aggressively fight over for any suitable nest site. A clutch of up to16 eggs are laid and often females parasitize other nests!

Our pair of Orinoco geese have bred for the last two successive years. They have utilised a long burrow nest box instead of a tree cavity. The geese can be found in with the crowned cranes at exhibit 29.

Actually a long –legged shelduck it is called a goose simply because it looks like a goose in flight! The only real predator of this goose is the black-eared opossum which steals eggs.

Orinoco geese are really terrestrial but they do perch in trees particularly during the nesting season. Pairs seem to bond for life and aggregate into “groups” often of two or more families. Flights between roosting and feeding sites occur at dusk and dawn