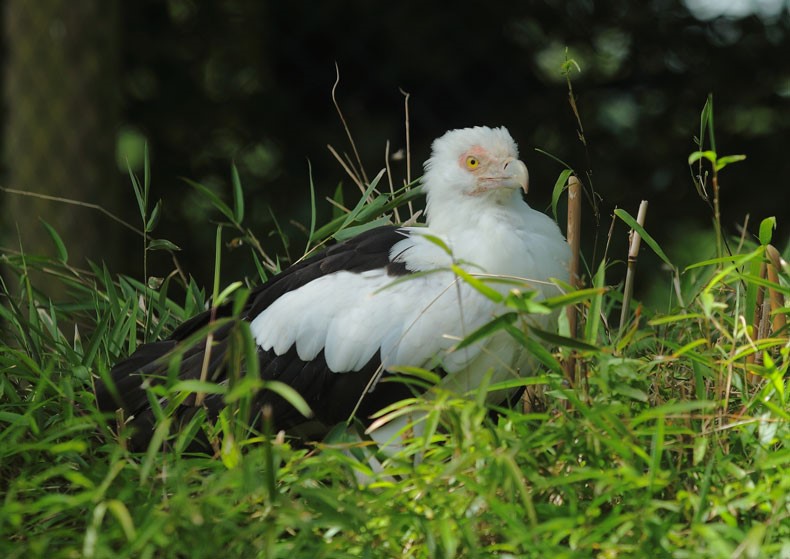 You may imagine vultures picking at the carcases of animals, but this species rarely feeds this way! As an adult over 50% of its diet is vegetable matter in the form of oil palm husks, palm fruits, dates and other fruits. It will also eat fish, crabs, small mammals, birds and reptiles to receive the additional nutrition it requires.

Palm-nut vultures build large nests in tall trees and lay only one egg which is white and chocolate-brown. Both mother and father take turns incubating the egg which hatches after 4-6 weeks. The young brown chick will fledge 85-90 days after hatching.

We have had a pair here since 1995 as juveniles and 2015 saw the first successful European breeding in a zoo environment. Eggs have been laid for the last 3 years but as they are laid in February frost and ice have taken the embryo until 2015 when the egg was taken for artificial incubation

Common in coastal forests and mangrove swamps but also favours oil palm plantations. They can be found across Africa, from Gambia to Kenya and as far south as northern South Africa.

One of the very few birds of prey that regularly eats vegetable matter!

When they are juveniles they will not settle in one place, instead wandering over large distances. However when they mature they find an area and only move a few kilometres here and there. This is called ‘sedentary’