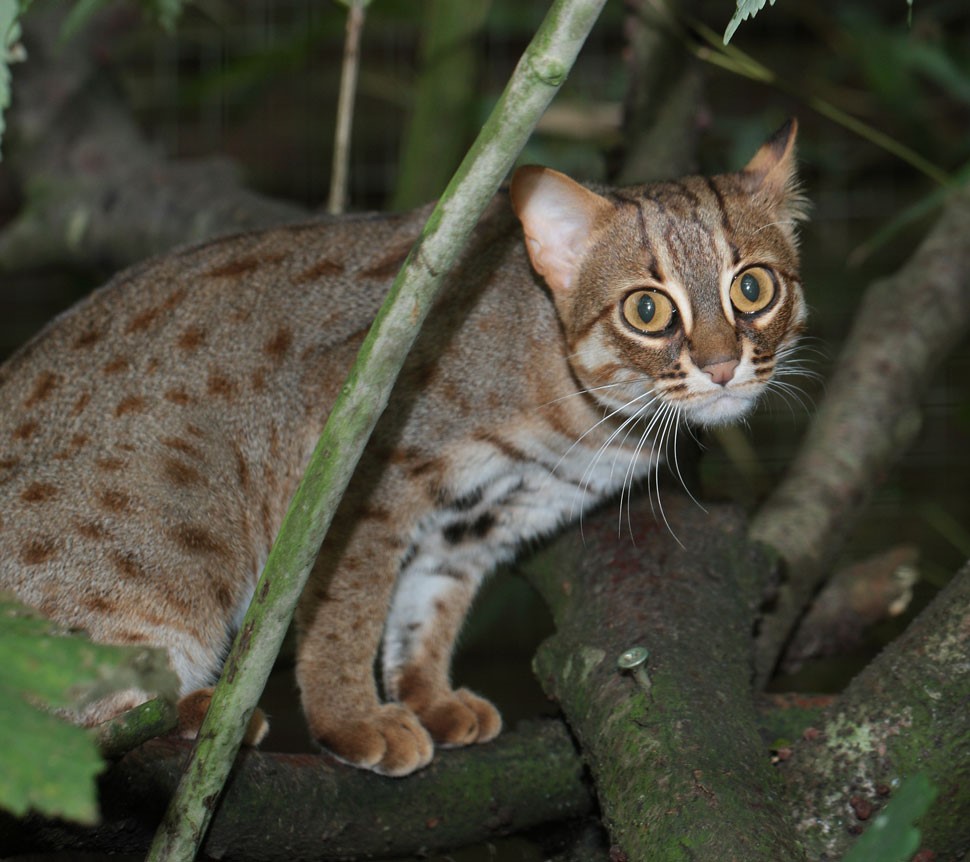 Emerging from dense thickets or hollow logs at night small vertebrates are hunted (lizards, birds, frogs, rodents) and bigger invertebrates such as beetles and insects.

We have had Sri Lankan rusty spotted cats on exhibit since 2010. They are part of a European breeding program and we have successfully bred three kittens here in 2011. Currently we have a new pair that have just recently been mating (April 2018).

Preferring moist or dry deciduous forests with dense vegetation and rocky areas within this compared to other Asian cats they have a restricted distribution (India and Sri Lanka only).

Rusty spotted cats are one of the two smallest cats in the world (the other being the black footed cat). Two races occur one in India and the other on the island of Sri Lanka and both are extremely rare.

Hunting primarily on the ground they really only use trees to escape from bigger predators. Nocturnal, very shy and wary of humans they use urine as scent markers for their territory.