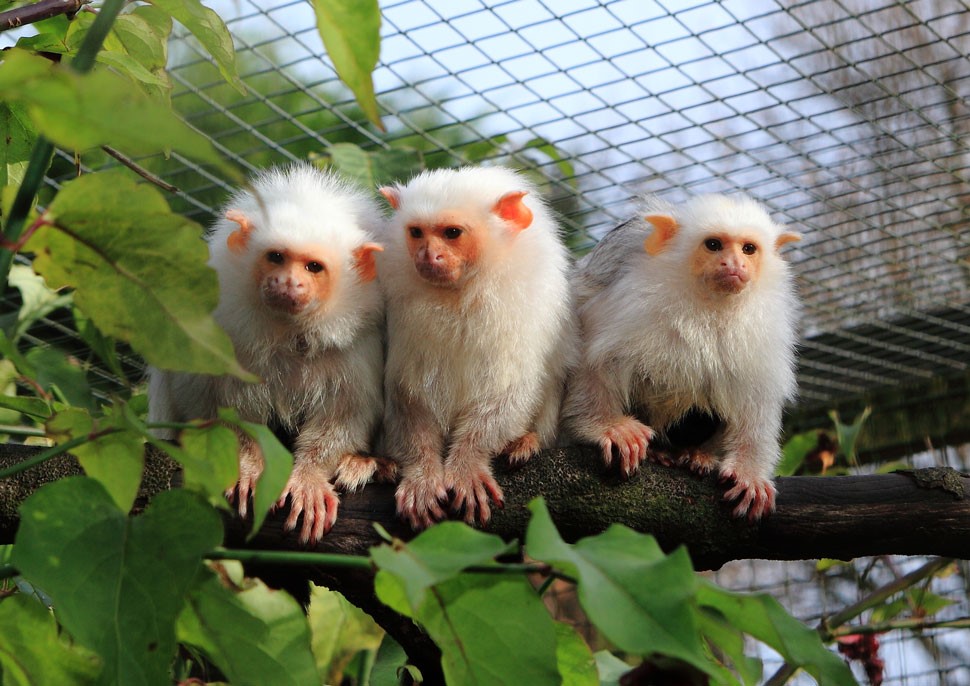 The zoo has bred and kept this species on exhibit since its beginning in 1993 and at the moment we have a colony on exhibit. Unfortunately, (2015) we have lost the breeding sire and many of our individuals over the forthcoming year may have to go to different zoos for the benefit of the studbook.

These marmosets are very adaptable, living in the primary, secondary and lowland forests of Pará, Brazil.

Marmosets have no nails on their big toes! They also have claws instead of nails un-like other monkeys! We consider from their appearance this species could look very much like a “Yeti” should appear in fiction (very white and ghost-like).

Marmosets are usually awake during the day, spending the majority of their time in the trees. They will lower their eyebrows and smack their lips when confronted with a possible threat.