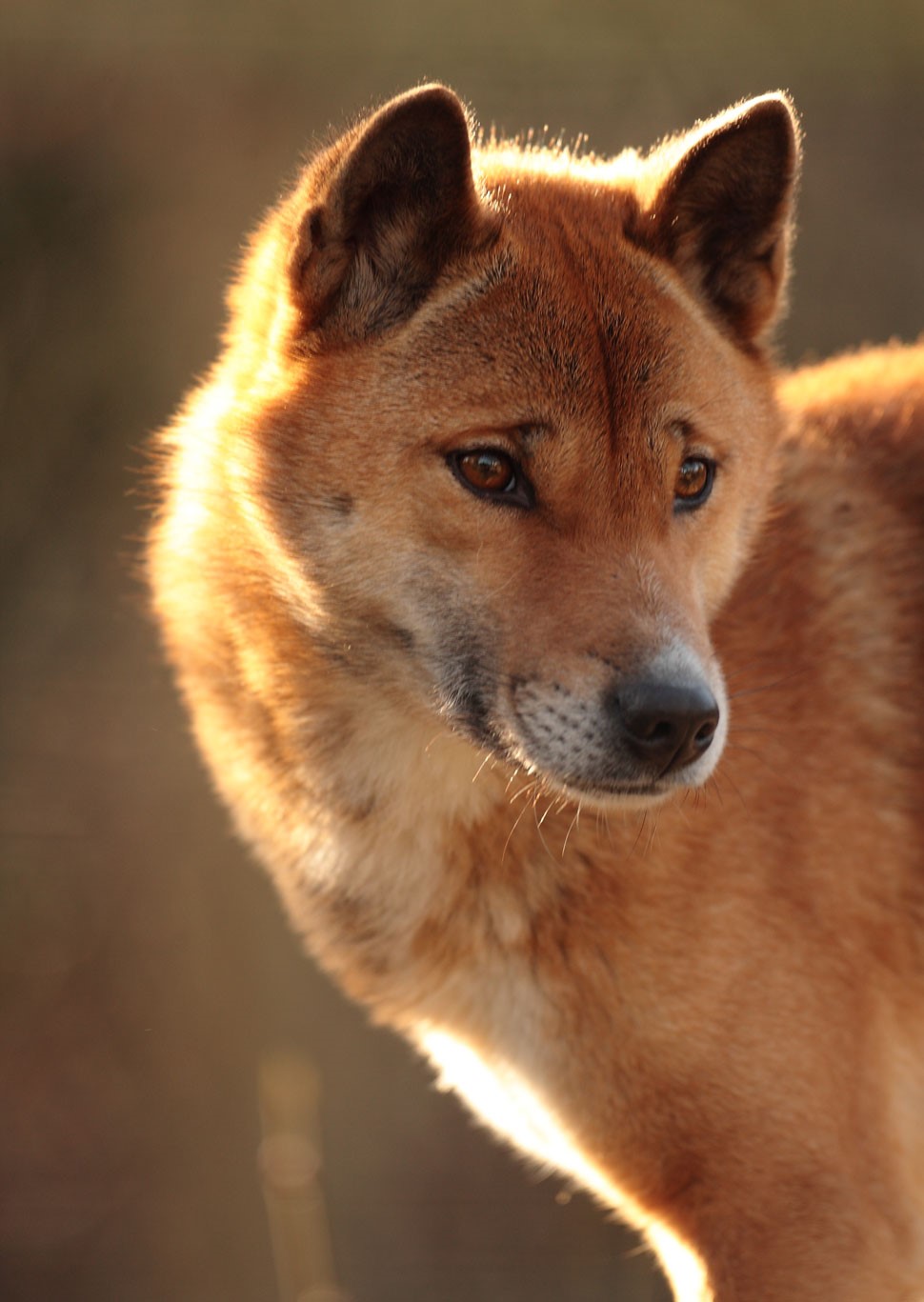 It would seem that like dingoes and unlike all other domestic dogs that the females only come into heat once a year (it is twice for all other dogs).

Our dogs “Kota” and “Belle” are still the only singing dogs in the UK. Their offspring are now in Zoo Zlin in the Czech and Neumunster in Germany. They have not bred for the last 6 years due to a hormonal implant in Belle and because they are getting older we are not expecting a litter! They have just had a change of home and a new warm inside house built, but as summer comes they are enjoying being out in their enclosure virtually all day!

DNA shows that this sub species of dog could actually be the origin of dingoes! It can be viewed as a living fossil for all domestic dogs as it has lived in isolation in Papua New Guinea for at least 6,000 maybe even 12,000 years or more!

So little wild behaviour is known – but it is theorised that singers are solitary, together for breeding and raising a litter and then reverting to their own territories. They have flexible spines and are inclined to climb – trees, fences and walls compared to other dogs are easily negotiated! Their singing (http://newguinea-singing-dog-conservation.org/Tidbits/sing.wav) is rather like a cross between a wolf howl and a whale song!!