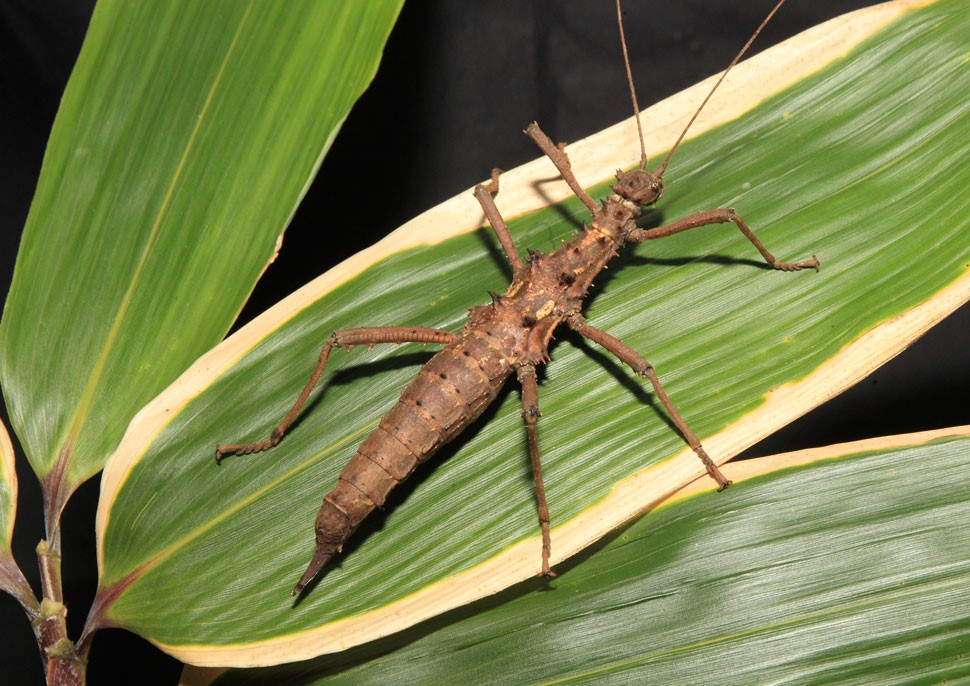 Stick insects are herbivores predominantly living on arboreal plant leaves usually from trees. Each species specialises in different species of food plants thay eat. The Thorny stick insect in captivity in the UK eats bramble and ivy, where as the jungle nymph can also eat oak, rose and hawthorn!

Mnay stick insects can be parthenogenic and the females do not neccesarily require fertilised eggs. Some species have winged males and depending on whether they live in the tropics ar the more temperate zones they can breed all year or die as adults after breeding in autumn. They all have a 3 part life cycle beginning as an egg (laid perhaps and attached to a branch) through to hatching and becoming a nymph where they would shed their exoskeleton as they grow in stages (called instars) and finally they become an adult!

Stick insects are Phasmids which is an order of insects deriving from ghosts in Greek. We hold 3 or 4 species but at any one time 50% may be in nymph and adult stage or in storage as eggs. An exhibit with varied species is maintained but some of the different species are used for our encounter sessions such as our jungle nymphs or macleays spectres.

The thorny stick insect Trachyaretaon brueckneri comes from the Philippines where it browses on he leaves of trees in the rainforests of the region.

Many stick insects have wings in the adult stage, often just the male of the species which scientists reckon help spread their genes around the different populations from where they were born. The longest stick insect in the world lives in China the Phryganistria chinensis Zhao, which as an adult female measures over 70cms in length! The heaviest is the Malayan jungle nymph as a female of the species (the size our adult hand) can weigh in at over 65gms!

These insects hide in full view and rely on their camouflaged appearance to ensure they are not seen and consequently eaten. Some stick insects like the Austalian macleays spectre even sway their movements to match the wind effect on the vegetation they are browsing on.