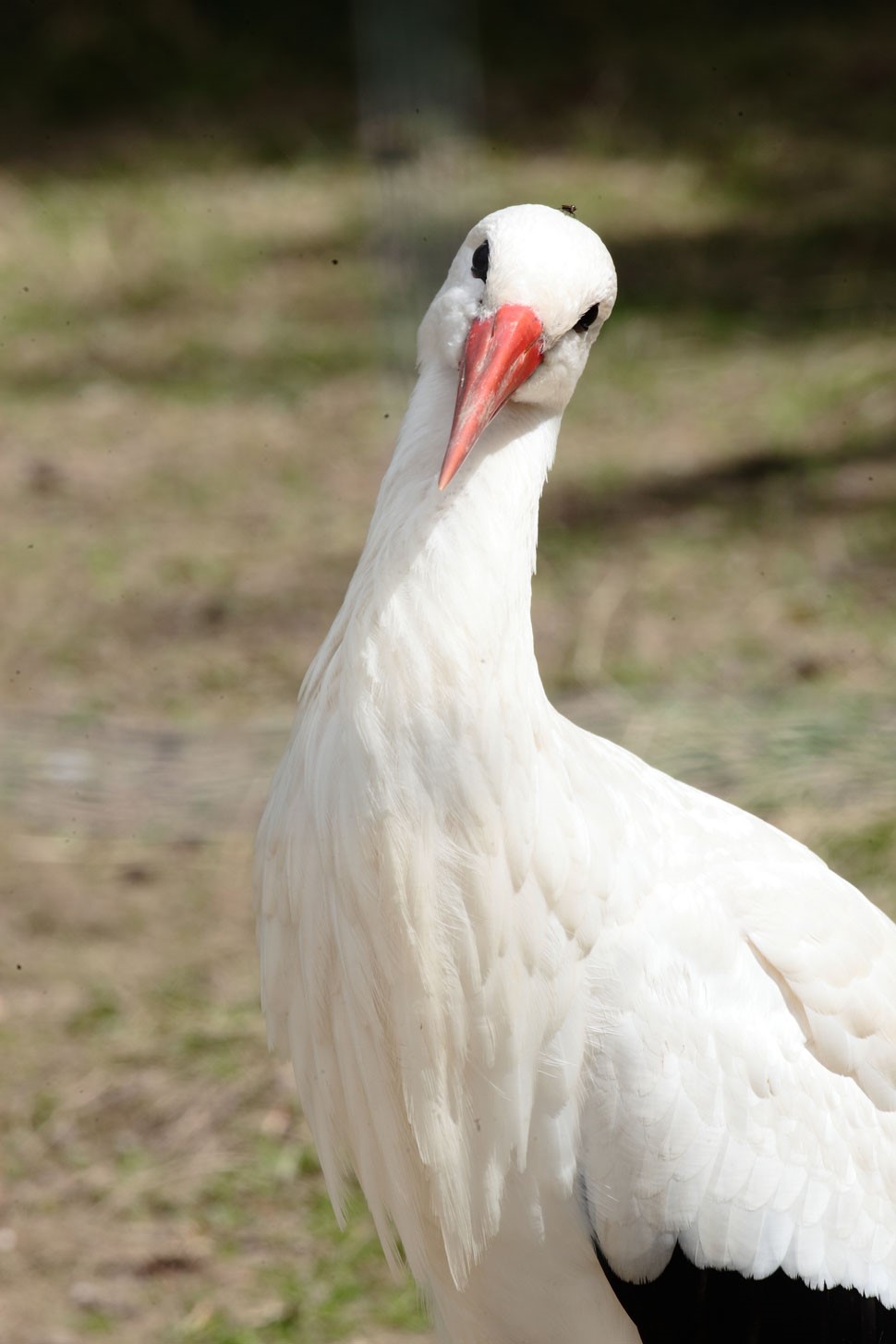 A large variety of prey is consumed by these birds, such as fish, invertebrates, snakes and even small rodents!

During the breeding season the male and female white stork will stay together, however they will not migrate together. Upon the next breeding season they may reunite although this is though to be due to an attachment to the nest site rather than each other. The male courtship display involves shaking its ruff and vigorously bobbing its head. Nests can reach over 2 metres wide and 3 metres deep! 3-5 eggs are usually laid and hatch after 33-34 days of incubation.

Our pair of white storks are about to hatch their clutch of eggs (may 2018). The female cannot fly so we have to ensure she can hop and climb up into their traditional nest made of twigs high up off the ground.

During the summer white storks take up residence in wet pastures, marshes, lakes and rice fields in southern Europe, the Middle East and west-central Asia. During winter they migrate down to southern Africa where they prefer drier habitats such as grasslands, savannah and cultivated fields.

When migrating these birds can cross the Sahara Desert without stopping for a break! In folk lore this is the stork that delivers babies in Europe!

White storks forages in loose groups of up to 50 individuals, however hundreds of thousands may gather if there is a plentiful food source. When catching food these birds will arch their necks back and jab their prey with their sharp-edged bill.