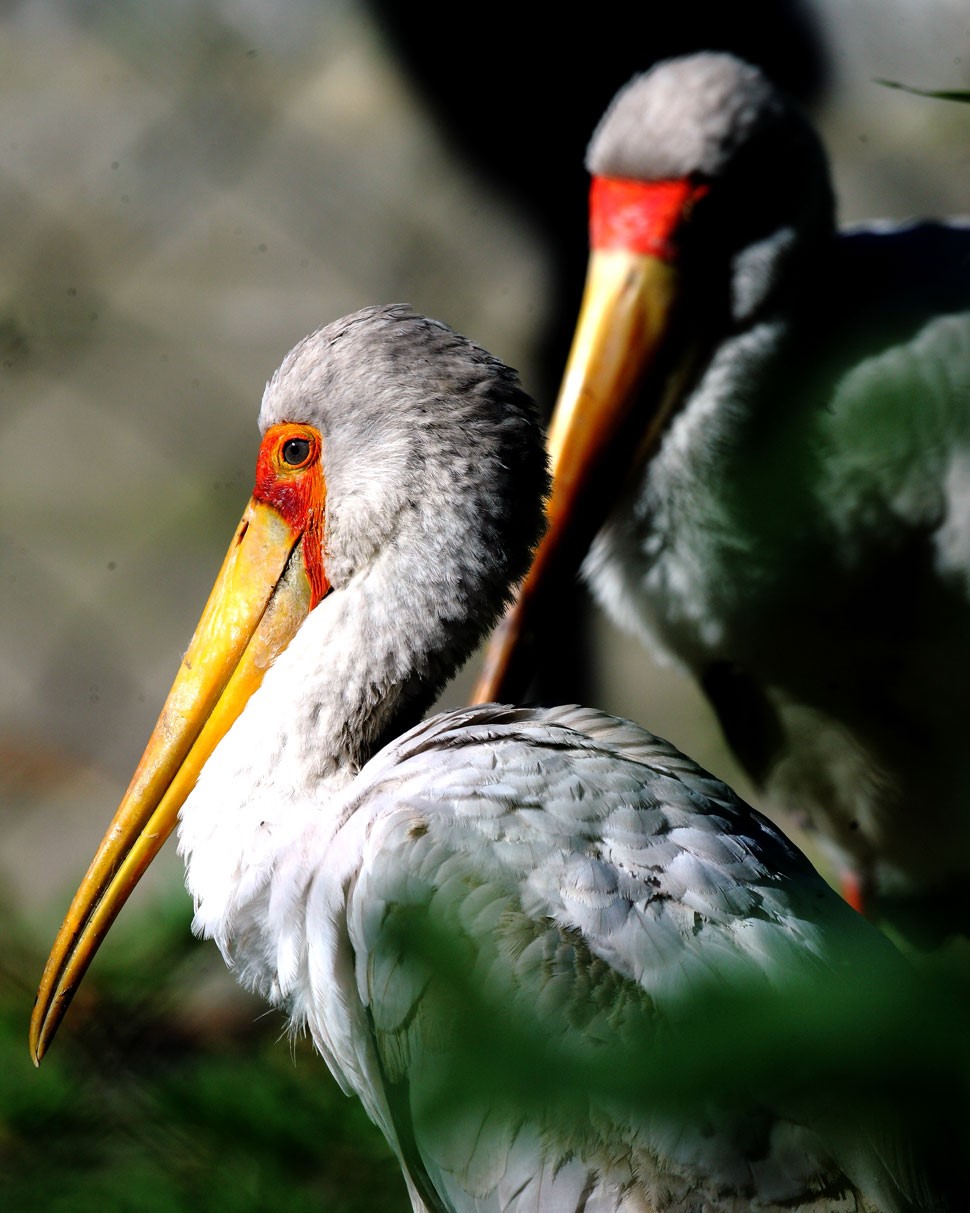 During the breeding season their colours become more vivid; the yellow of their bill, the redness of their face and legs and their feathers turn a lot pinker!

We have a young pair of these storks which the female should be just old enough to breed this year for the first time (6 in 2016). They share a mixed exhibit with demoiselle cranes and ibis (40 on the zoo trail).

Moving across Africa the yellow-billed stork prefers wetlands with a water depth of between 10 and 40 centimetres with trees and sandbanks close by.

They rarely make a sound, unless it is the breeding season at which point they may hiss or clap their bill

When trying to catch prey they will wait very patiently with their bills submerged under water and when a prey item touches them they flip their heads back and swallow.