“A rare Madagascan oddity – the fanaloka!”

In 2014 the Madagascan government allowed a pair of these animals into the UK for the first ever time. The government has since allowed another 5 unrelated individuals to come to the UK to begin a breeding program.

Exmoor zoo has two brothers on exhibit bred in secret in 2017 and 2018. These are the first of the animals from the breeding program to be on display for anybody to see. The intention is for one of these two brothers to be paired by a female (hopefully bred this year) and the other male to go to a new participating zoo within the UK. 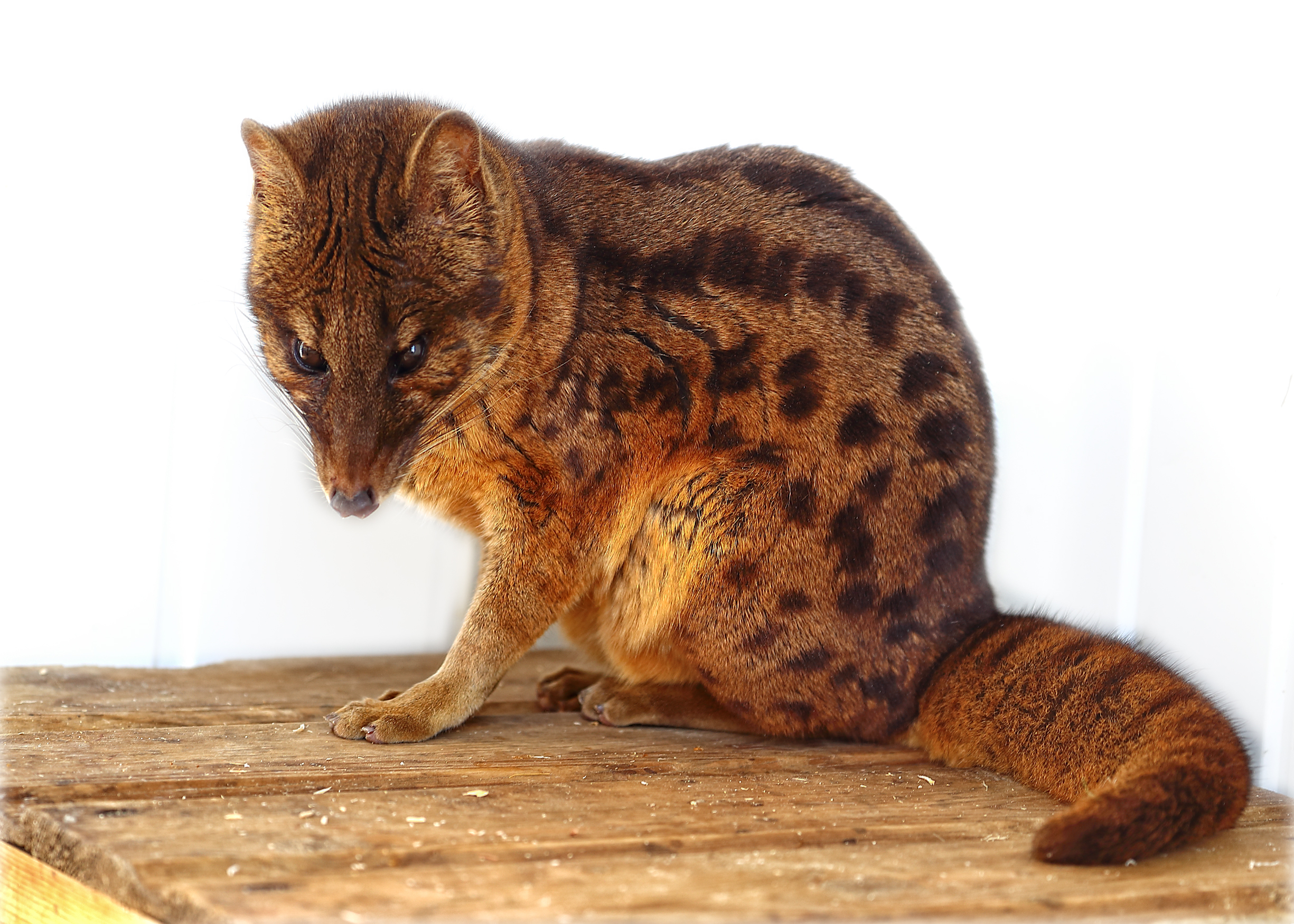 Fanaloka are a species very similar to a civet that possibly got to Madagascar over possibly 60 million years ago and are now unique to Madagascar! Over 75% of the animals in Madagascar occur their and nowhere else in the world!

A shy, secretive and nocturnal species, the good news is that they are very steady and can be seen asleep at the zoo during the day either in their straw nests or in the sunshine in their enclosure!

With over 92% of the forests having been destroyed in Madagascar in the last 2000 years, fanaloka have become a threatened species as they now only live in a few forests in Amber National Park and Ankarana reserve!