In the heart of the Amazon rainforest, well away from any people is a shy and secretive dog that has evolved to live and hunt in the dense wet and luscious undergrowth of the Amazon.

Fast disappearing from swathes of disturbed jungle as we create more ranches for beef burgers and plantations for oil palm is little known hunting specialist carnivore – the bush dog!# 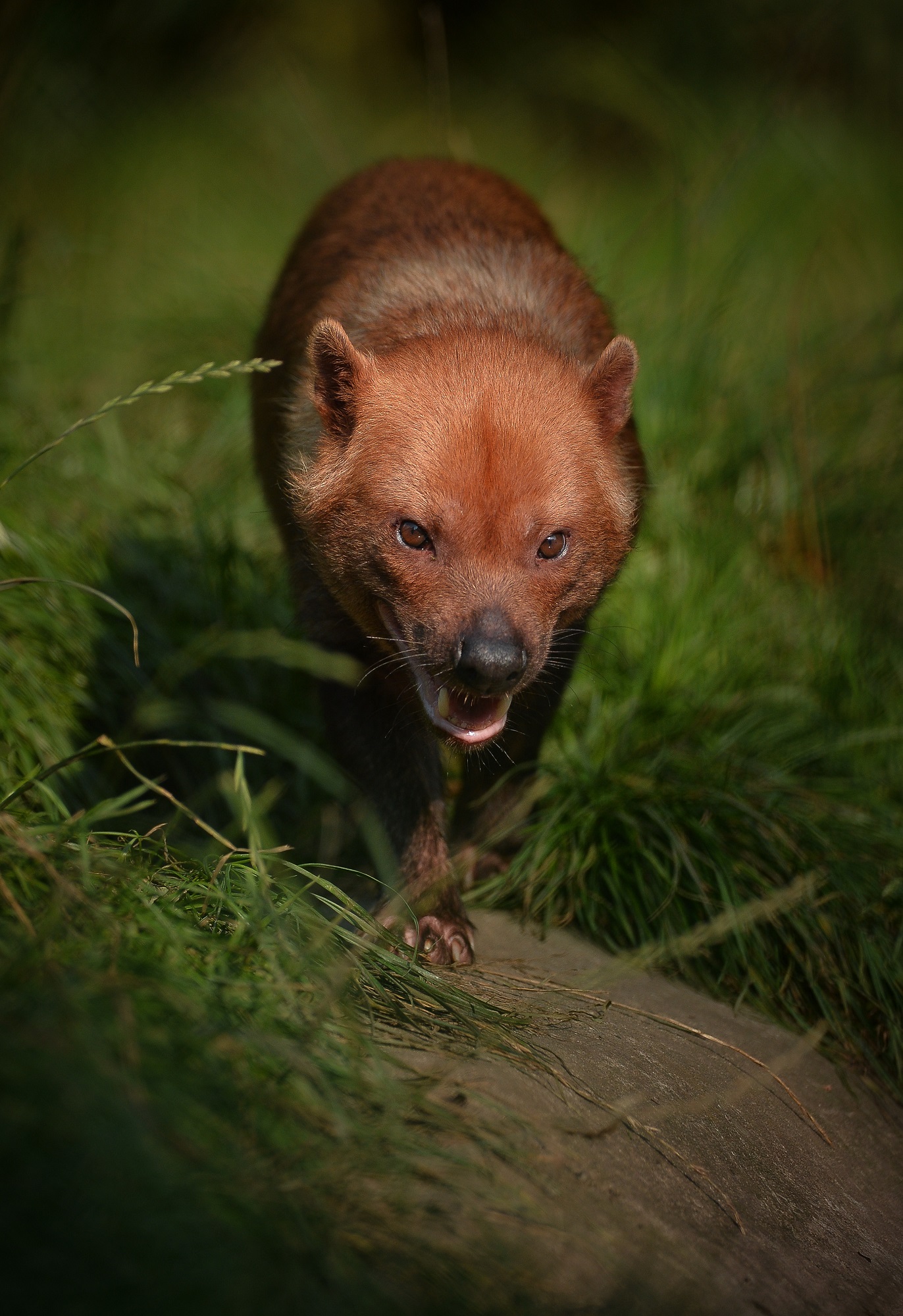 Very similar to the size of a smaller bulldog at about 75cms in length and 30cms at the shoulder these brown dogs hunt in packs eating capybara, agouti, armadillo and snakes.

Exmoor zoo has just been given a breeding pair from Mulhouse zoo in France and from Chester zoo in the UK! We are just one of six zoos to look after these dogs in the UK!

They have some interesting and quirky facts about them! For instance, they are the only species of dog to reverse their hind legs up a tree or obstacle and scent mark with urine as high as they can. They also have partly webbed feet that enables them to swim and catch prey that often retreats into water. They can employ a hunting strategy where an adult remains hidden around a water edge and the rest of the pack drive the animal into the water to capture it!

As a social pack animal, we hope to be able to breed our pair and keep at least one generation of bush dogs with their parents. They have a lovely enclosure here and seem to be well suited to the wet moorland. They have settled well into their new home and can now often be seen exploring their new home when our visitors are around.